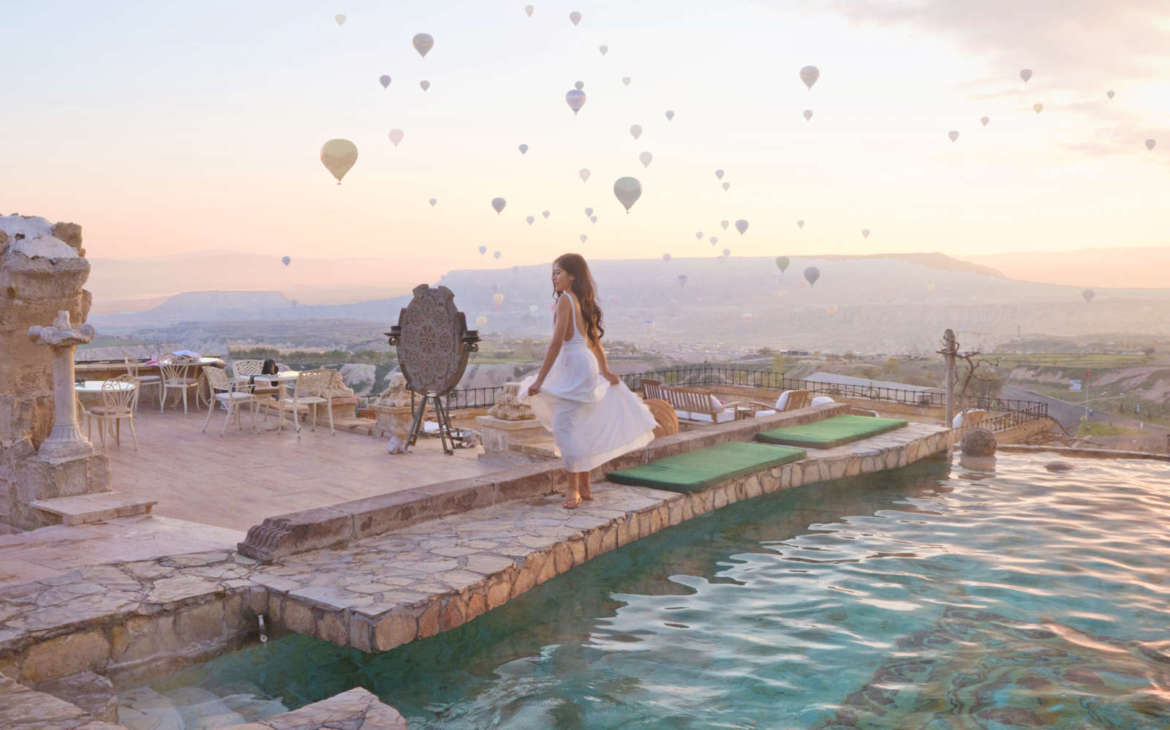 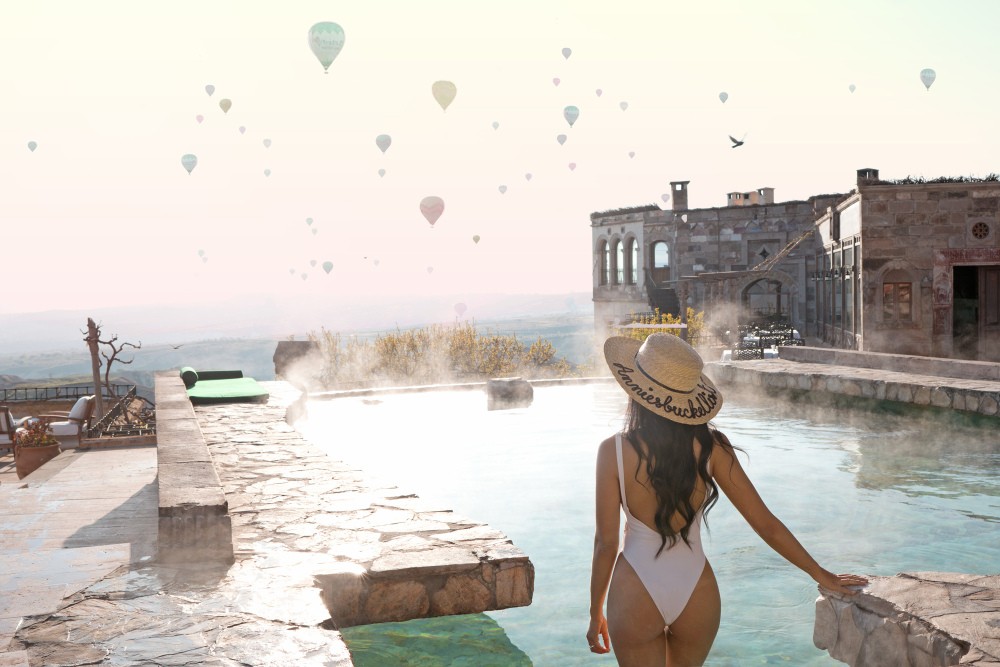 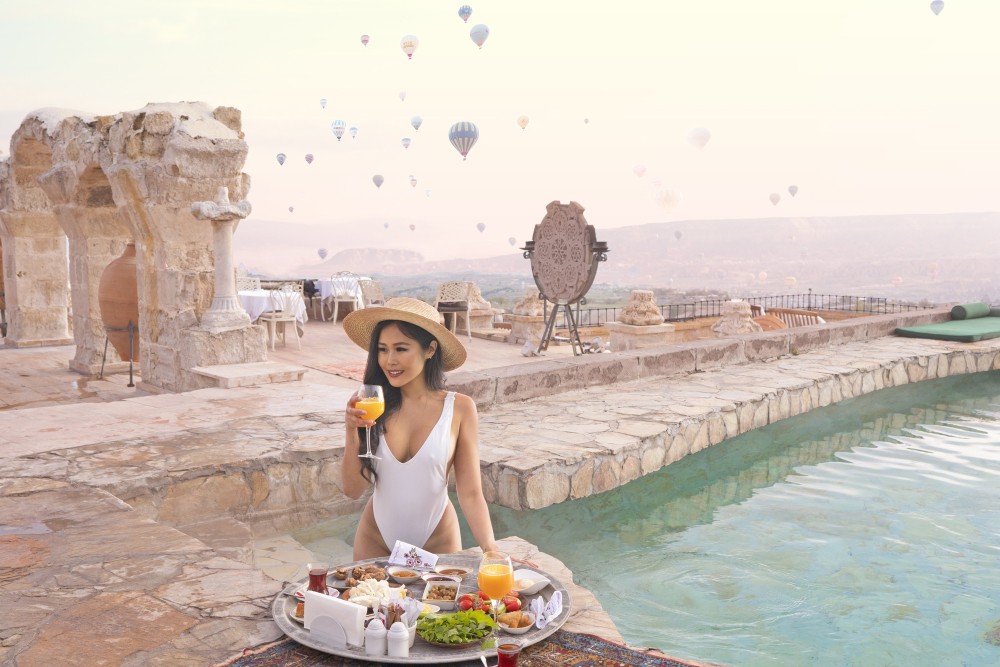 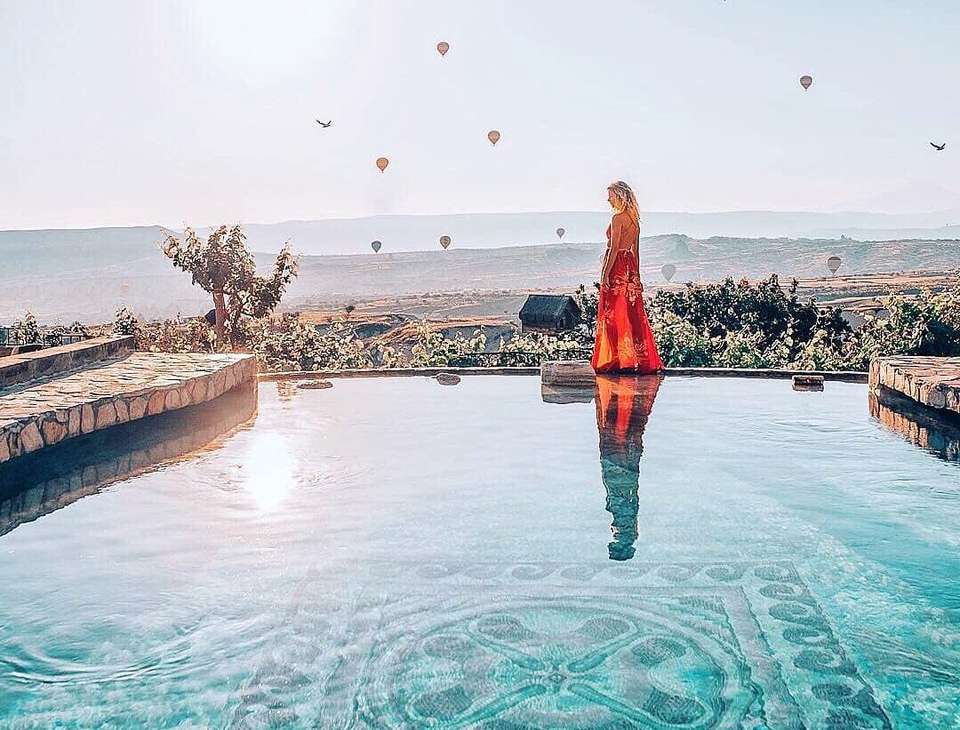 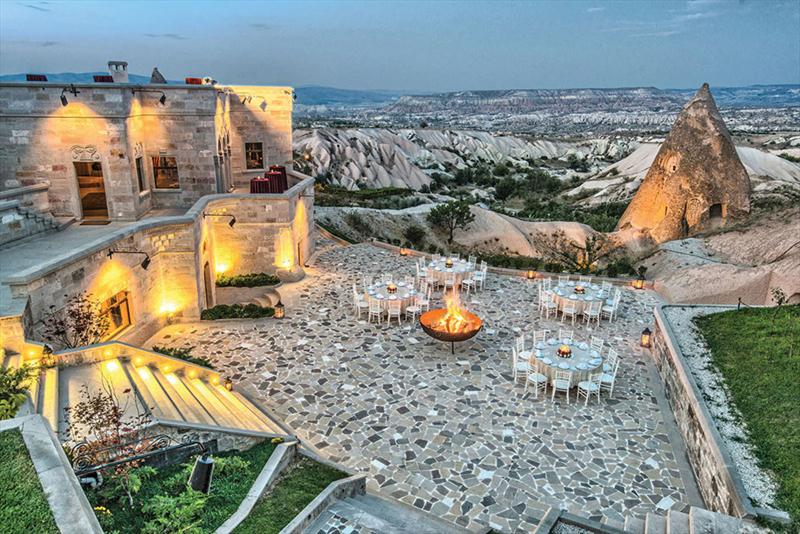 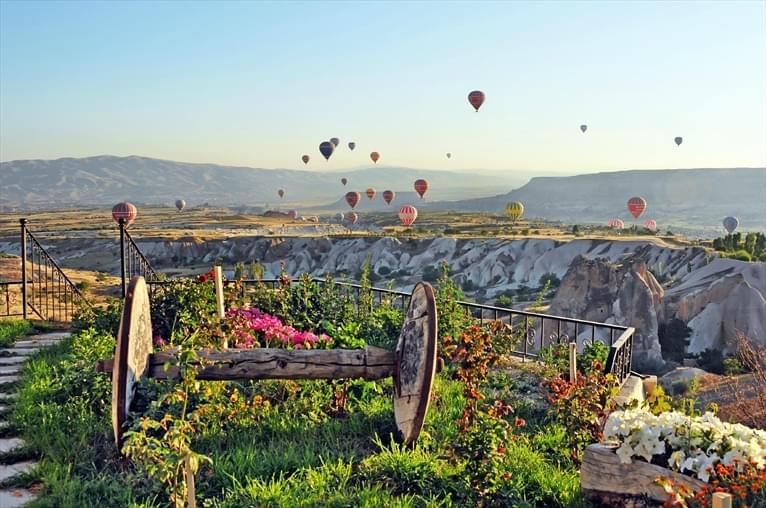 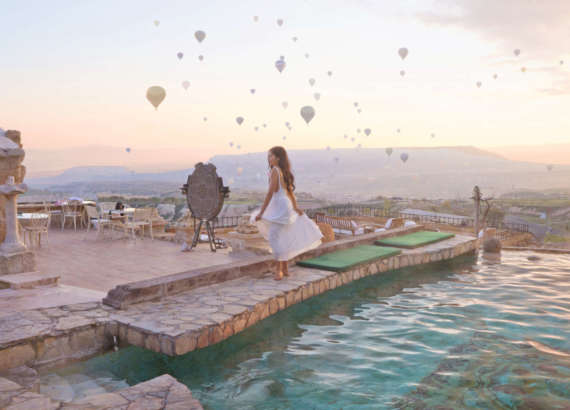 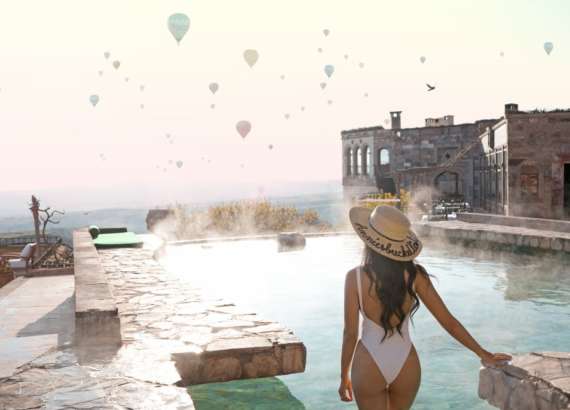 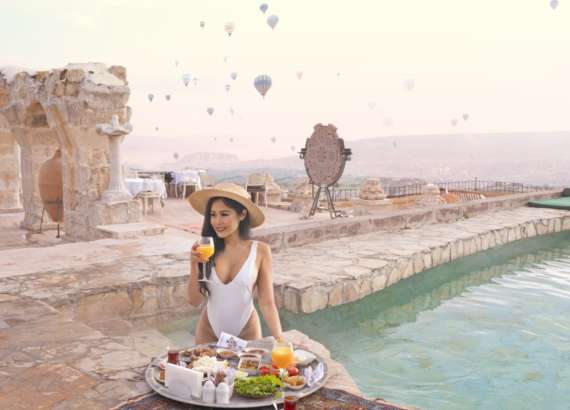 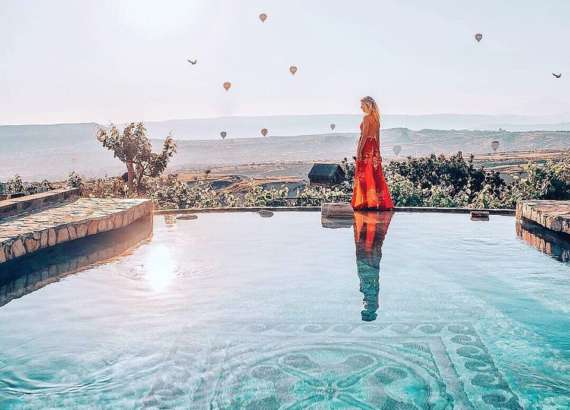 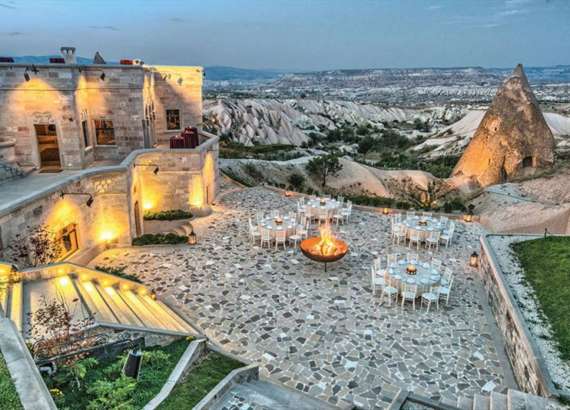 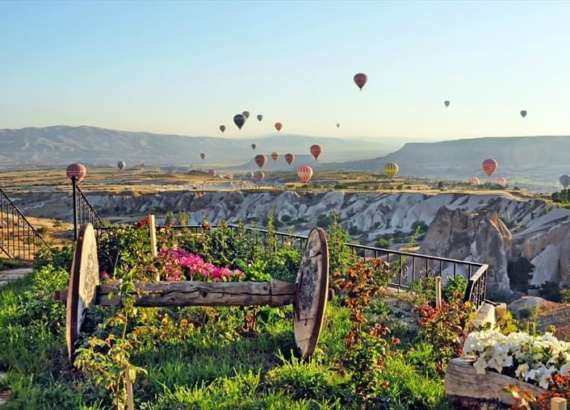 We have received your request

Thank you %NAME% for your booking request.
We will answer you in few minuts.

We faced problems while connecting to the server or receiving data from the server. Please wait for a few seconds and try again.

If the problem persists, then check your internet connectivity. If all other sites open fine, then please contact the administrator of this website with the following information.

Some error has occured.

The Museum Hotel is in Uchisar, at the peak of Cappadocia. Our hotel is located at a pinnacle, overlooking the whole region, taking in the entire Goreme Valley, the Red Valley, Ortahisar, the Avanos Valley, the nearby Love Valley and the distant Mount Erciyes. You will enjoy this view not only in the restaurant, the reception room, the teahouse, swimming pool, the terrace bar and the streets, but also from all of the traditional rooms and the cave rooms. At the moment, there are seven deluxe rooms, seven deluxe suites, four junior superior suites, siz superior suites and 6 imperial suites.

Each of the 30 cave rooms is carved into the tuff of the surrounding cliff face. The exposed rock of what were once dwellings and animal shelters is now covered with tasteful artwork, and antique kilims line the floors to keep things cosy.

No 2 rooms are the same size or shape, and they are spread over several floors, but all are stunning so you’ll be happy wherever you end up. One has ancient dovecotes peppering its walls, another has a historical spinning wheel, others have a marble fountain or an open fire. Reception will help you choose when you enquire. All are atmospherically lit, with comfortable queensize beds, marble bathrooms (most with jacuzzi tubs) and valuable artefacts throughout. Cheapest, but still spacious and luxurious, are the Deluxe Rooms. Upgrade to a Deluxe Suite for a bit more space and a sofa or soft leather armchairs. Junior Superior Suites and Superior Suites are larger still, and most have magnificent views. Top of the tree are the Spa Suites (a bedroom plus a massage room), Prime Suites with their incredibly large ensuites and spoiling tubs, and the 3 enormous Imperial Suites. One of these, the magnificent Sultan’s Cave Suite (90 sq.m), has a wine cellar for tastings, a 16th-century Cardinal’s altar, 2 bathrooms, and a stargazing window in its ceiling. Our Junior Superior Suite, Catalkaya, was super spacious, and had a separate living area with a soft leather sofa in front of a roaring fire. The huge bathroom had a double jacuzzi, a walk-in rain shower and fluffy white bathrobes. In the morning, we woke to see hot-air balloons drifting past the window, and we watched their progress from our small patch of garden, and later, the tub. 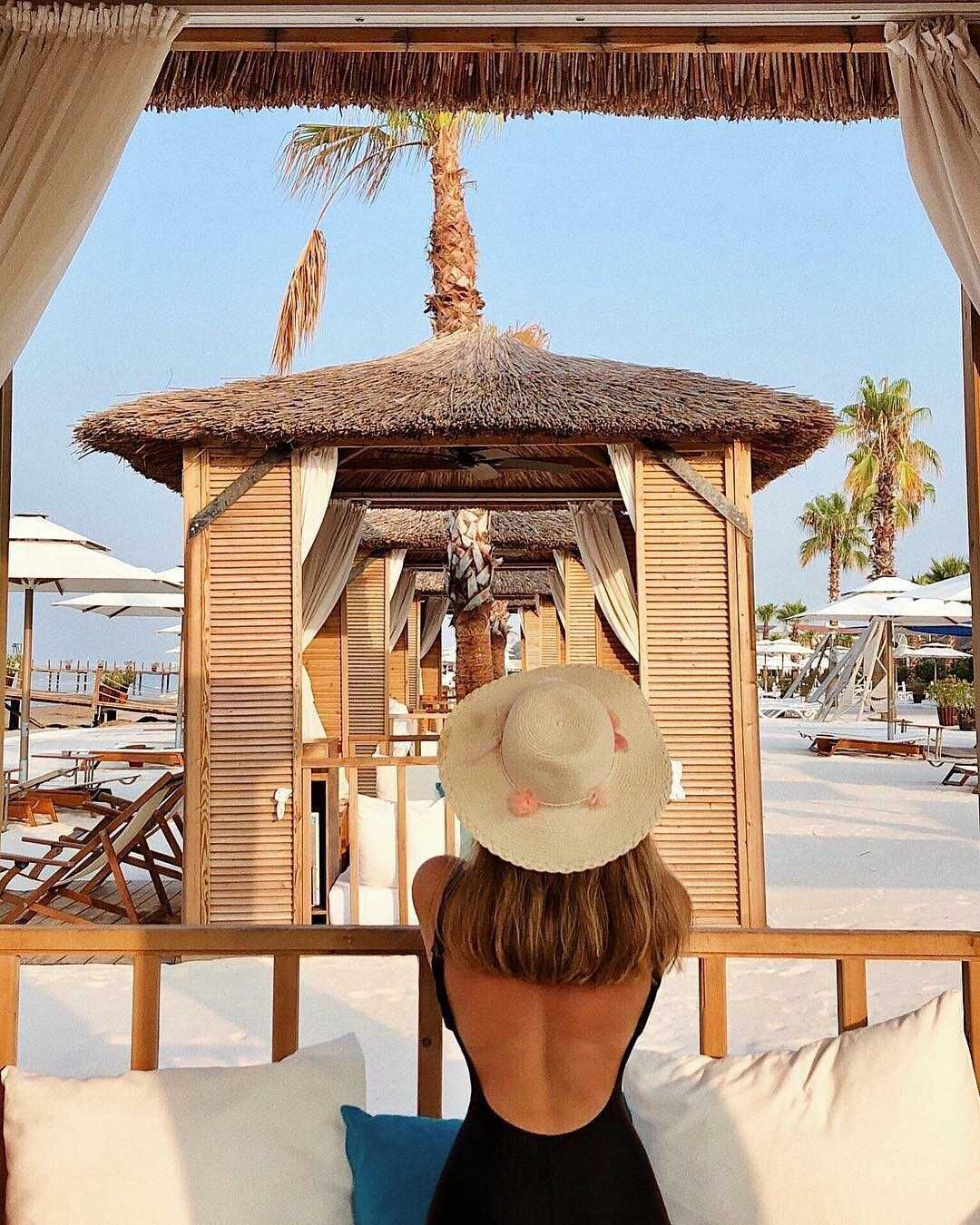 We would like to hear from our customers We are open for any question, suggestions or future collaboration 24 hours/7 days ın a week

We use cookies in accordance with our privacy policy for the purposes of (i) giving you the best browsing experience, (ii) collecting information on how you use our website, and (iii) providing you with services and offers tailored to your interests. By continuing to use our website, you are accepting our use of cookies.